Whats the deal with Dot Hill

What an AWESOME last couple of months this has been at Xiotech.  In the 10 years I’ve been with Xiotech it’s incredible the amount of attention we’ve been receiving lately!!  Just to rattle off a few things, our ISE launch has been a wild success. Our Virtual View VMware/Citrix/Hyper-V plug-in has just been fantastic, not to mention we are seeing a huge uptick in VMware / Citrix prospects and resellers wanting to partner with us to help move Virtual Desktop opportunities along.  Our VERY cool iPhone App and the new High Performance ISE-NAS launch we did out at Synergy in Las Vegas in April.  I didn’t even mention that last week I was at Microsoft TechEd in New Orleans and our booth was just PACKED.  We were talking about our recent ESRP Paper around 10,000 Exchange users in 3U of space.  Seems that Microsoft just LOVES DAS and we just happen to have a REALLY cool Storage Blade DAS solution !! 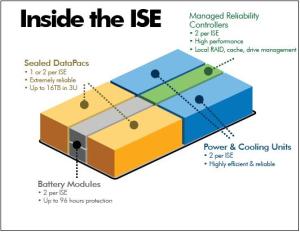 Now, one of the cool things around the iPhone/iPad app really isn’t the App itself.  Don’t get me wrong, it’s been an awesome talking point, but it’s really around our move to CorteX which is our RESTful API.  For instance the recent business relationship that Dot Hill announced.  I think they can clearly see the advantage of RESTful API as well as our scalable Storage Blade architecture.  This opens up some really cool possibilities down the road.  So Dot Hill just validates our whole concept around RESTful API.  Commvault is running with RESTful, we are constantly talking with business partners and prospects in the “Cloud” space that want to see what they could do with our RESTful API and their widget/feature/function etc.  It sort of reminds me of the “WonderTwins” from the old “SuperFriends” days !! Then again, it could be that my 9 year old and twin 7 year olds have me feeling nostalgic as I see them watching these old school shows and I’m just reaching to find some sort of similarity 🙂

At the end of the day, I really enjoy working for a company that is just out-innovating the competition.  Applications are getting smarter and the perceived value-add of some of the traditional storage architectures are getting long in the tooth.  I truly believe that we are just a fundamentally different architecture that is just on the cusp of blasting off.  The days of monolithic or even “virtual” storage arrays are slowly going away.  Look at the success with the NetApp V-Series and some of the things coming out of EMC.

Funny story, I was at TechEd and I had 2 different storage vendors come up to me to ask about our 5 year hardware warranty.  They kept trying to figure out what we hiding.  One even commented that they have had to change their strategy when competing with us.  They now have to add years 4 and 5 into their quote.  JUST PAINFUL for them !!

This entry was posted in Uncategorized. Bookmark the permalink.